The best info in regard to Eric's time in Scrunge is at intertwoven's site: http://www.somediverswhistle.com/fq/

by intertwoven
yeah, if Illuminati had started playing live in mid August 85, meaning Psi Com was dead, I think Eric was probably out of Scrunge by this point. This show is probably during the brief time between Eric leaving but before Brinkman left. so hey, still a Jane's related show, haha

by Mike
Well intertwoven, Erik added a Scrunge section to the tour dates section and I added this show in.

I didn't want to copy the info you have on your site word for word or anything but was hoping you wouldn't mind beefing up these dates with some further info when you have time or maybe we can just link back to your "before Jane's" page for them?

by Mike
OK I got the ad fixed up and added in.
It's from the September 8, 1985 Los Angeles Times. 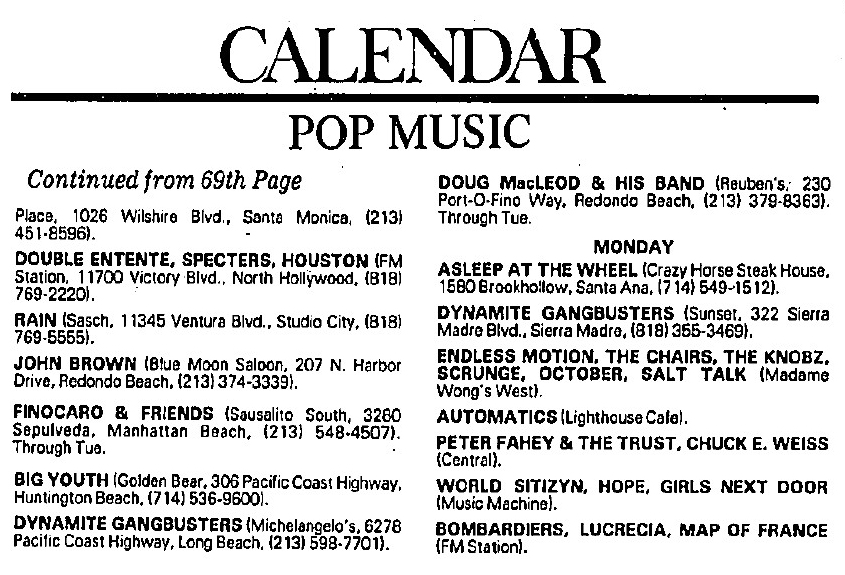 by Mike
This has nothing to do with the show at Madame Wong's but I figured this was a good place to post it anyway.